This is our last day in Maine and I had one last thing I wanted to do...
view the sunrise from the top of Cadillac Mountain!!
I was only able to recruit Sherry and David to go with me.
Perhaps the fact that we were leaving at 4:30am had something to do with that;o))
Bill and I saw the sunset from Cadillac a couple weeks ago.
Little did I know that sunrise would draw a MOB!!

When we arrived the mountain was covered with people;o(( 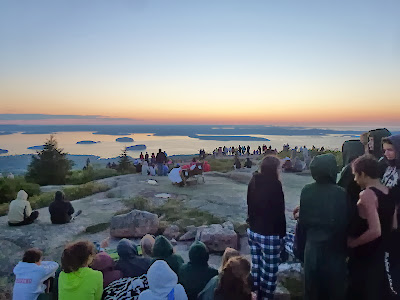 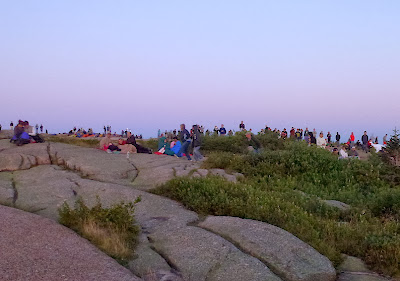 I believe these folks may have spent the night;o)) 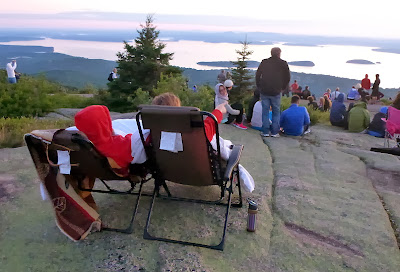 But we were all there for the same thing...
Enjoying a Beautiful Sunrise!!! 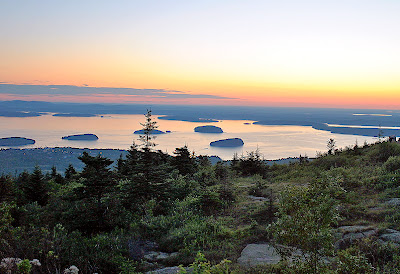 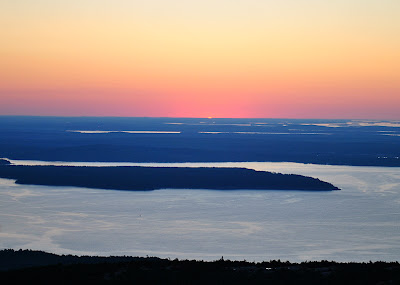 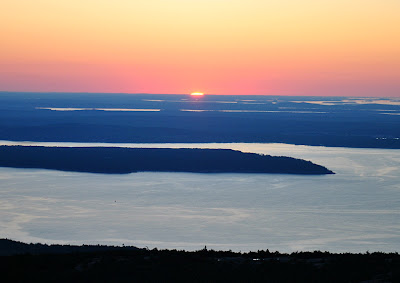 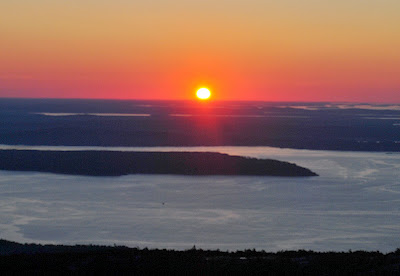 It was worth the early morning wake up and the crowds!!!
By 5:30am,

we were attempting to head back down the mountain. 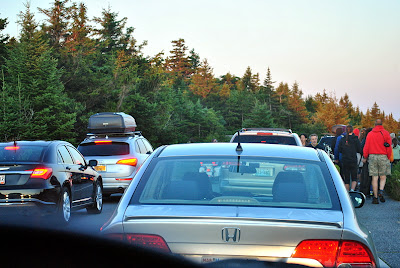 Eventually, the traffic got moving!! 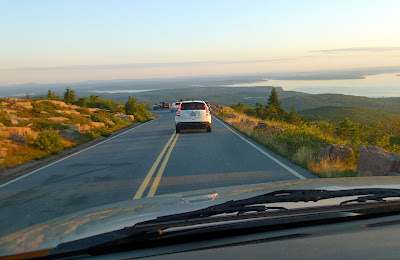 Later in the morning,
we watched as Dan and Tricia packed up and headed to Moosehead Lake. 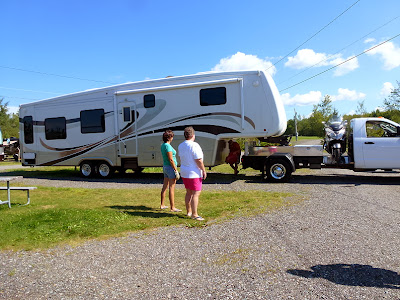 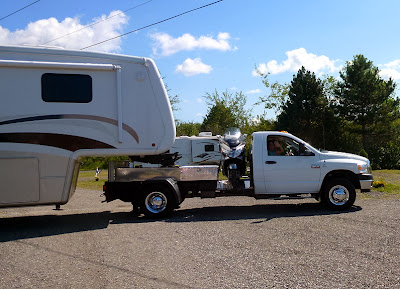 It's never goodbye... just see ya down the road!!

Gin and Syl were packed up and ready to go also. 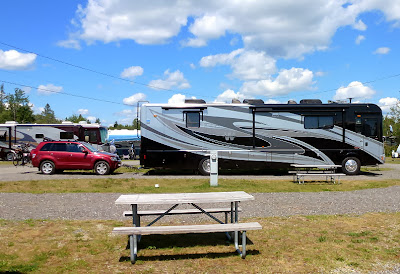 But they hung around until after lunchtime waiting for the mail to arrived. 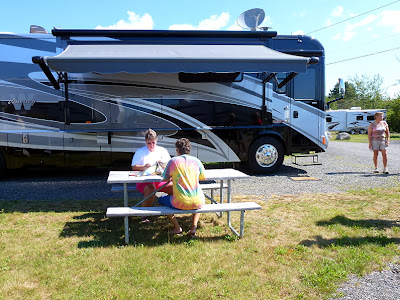 But it wasn't long before it looked very empty on our row;o(( 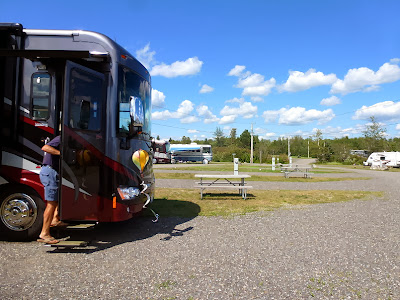 In the distance we could see Sherry and David's motorhome.
They will be here for a couple more weeks!!
We would be leaving in the morning and moving toward the Fingerlake Region of New York.
We had the best time with all our friends in this beautiful place.
Yes, Acadia National Park is very high on our list of favorite places.
I took one last walk down to the water to snap a few more memories!!


The bridge from Trenton to Mt. Dessert Island 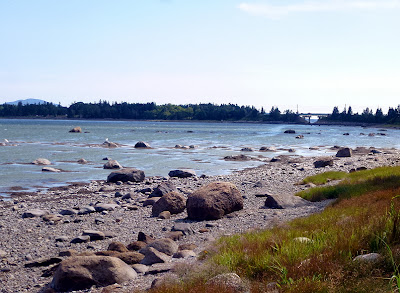 The mountains of Acadia National Park 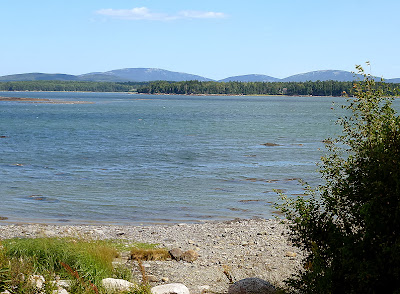 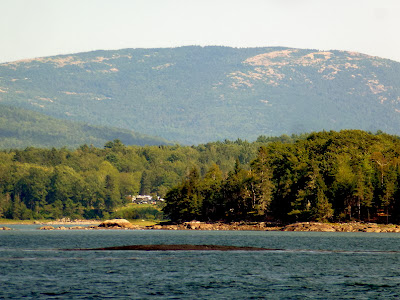