Today has been a great day on many levels.
First, the government was opened again....Yea!!
We are getting ready to head to Florida and have reservations at a COE campground.
If the government hadn't open we would need to make other arrangements.
Now, we do not have to do that...Yea!!
We already had to change plans earlier this month
when we were locked out of Buck Hall Campground near Charleston;o((
Second, I had my 6 week checkup with the Wrist Surgeon... got an A++... Yea!!
He said it looks fantastic, my range of motion is amazing and to continue to use it
but not to lift more than 10 pounds for another 6 weeks.
He'll get one more x-ray in December to make sure my screws aren't loose;o))
I have been blown away with how well my wrist has heal...Yea!!
Third, this actually happened yesterday, but that still makes it current;o))
Yesterday, I decided to walk to the jetty here at Huntington Beach.
I usually walk toward the ocean end when I get to the jetty,
but there were too many fishermen there so I headed toward the salt marsh.
So glad I did as Mother Nature shared a beautiful sight with me...
A Mink...
the first time I have ever seen one in the wild!!! 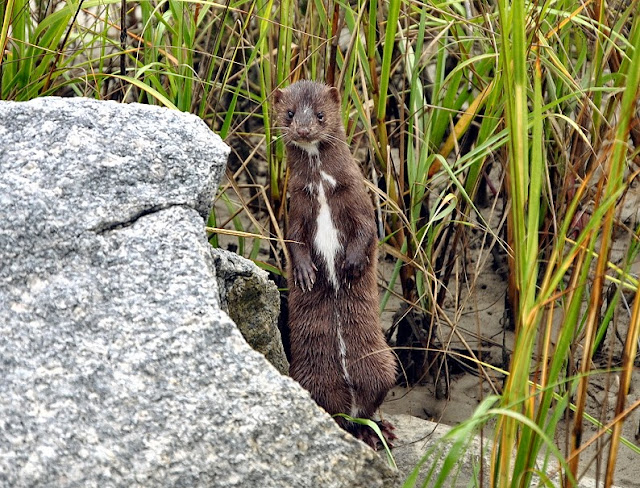 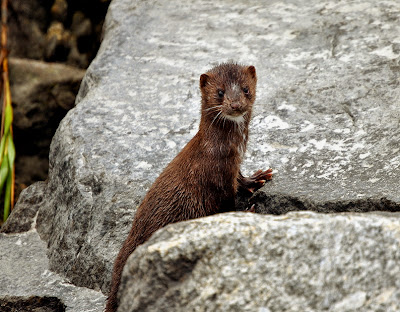 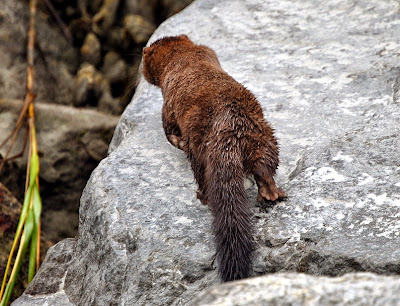