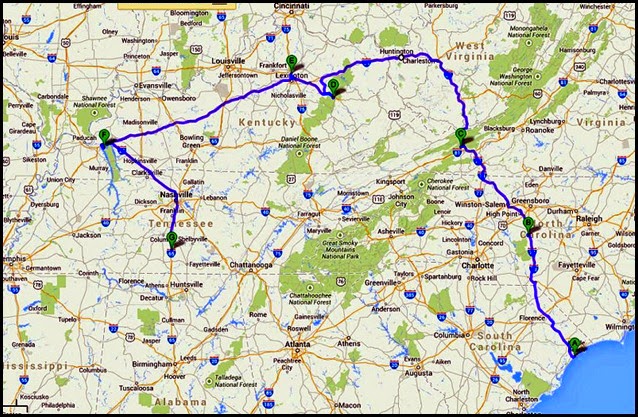 
We left Canal Campground in Grand Rivers, KY and headed toward Nashville, TN on I-24. 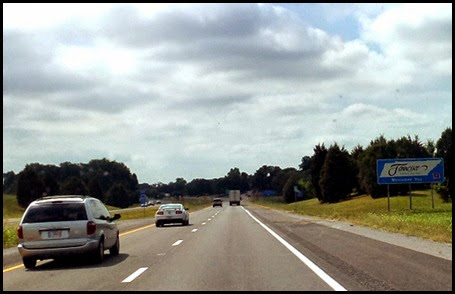 Originally, we were supposed to stay at Henry Horton State Park just south of Nashville.  However, a couple weeks ago, Henry Horton SP called to say they were closing the campground for renovations and could not honor our reservation;o((


We are in this area to visit some former neighbors/friends who now live in Franklin, TN.  There really are not many good campgrounds to choose from.  But I remembered that Gail and Rick had a daughter who lived in Franklin.  I gave her a call and she recommended Texas-T in Cornersville, exit 27 on I-65.


Well, it is perfect!!  Nothing fancy, but easy FHU pull-through sites:o) 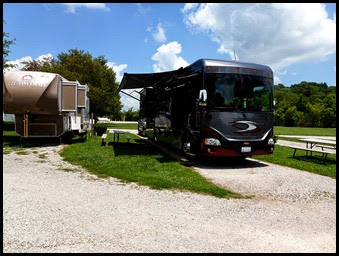 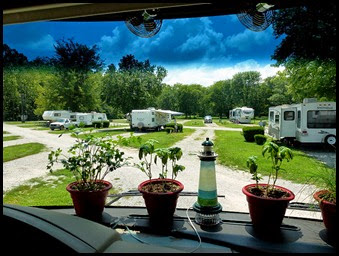 We have to drive a little further to get to our friends home, but time wise it is quicker.


From 1995 to 1998, we lived in Wild Dunes on Isle of Palms, just north of Charleston, SC.  During that time, we met Bill and Shelley.  They became good friends and we have seen them at different times and in different places during the last 15 years.  Two years ago, they moved from Massachusetts to Franklin, Tennessee.  It has actually been 7 years since we have seen them…so it was time;o))


Bill and Shelley’s New Home In The Beautiful Westhaven Community 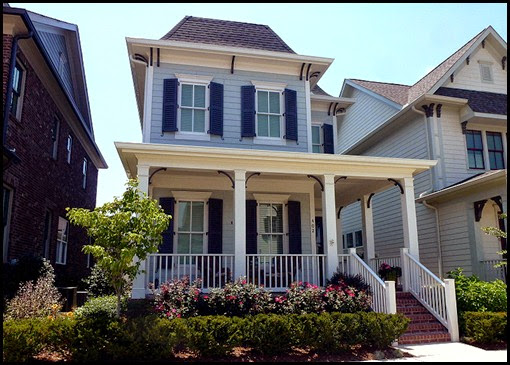 We arrived at their home about 3pm and it was like 7 days, not 7 years, had passed since we last saw them.  They had invited us to stay overnight so we could attend a concert-picnic at one of their community's parks.  Then on Saturday , the two Bills will be hitting the golf course and the girls will be hitting the farmers market and few other fun places!!


Heading to the concert and picnic. 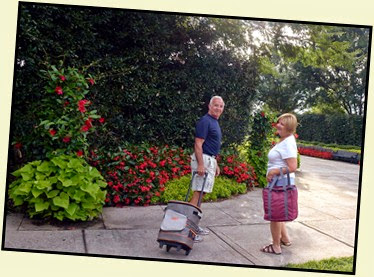 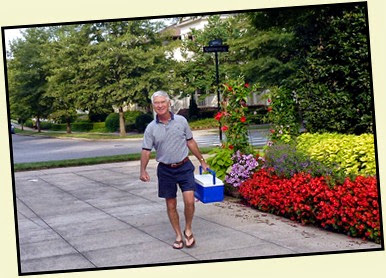 The featured artist at the concert was Jaimee Paul. 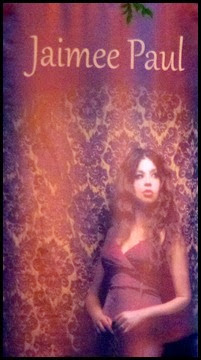 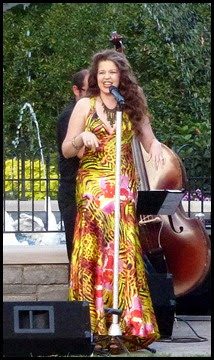 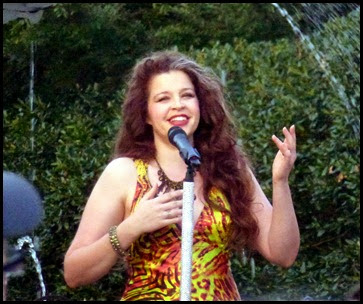 She sings the old classics with a jazz flair… it was amazing!!!


Not only did we get to hear some fabulous music,


but we got to meet many of Bill and Shelley’s friends and neighbors. 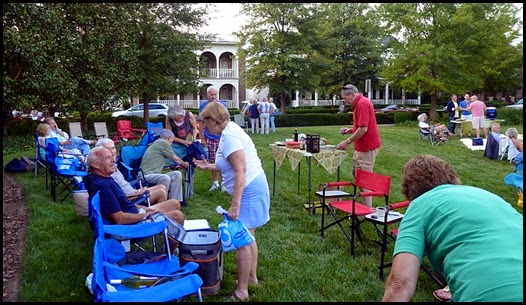 One was celebrating her birthday!!! 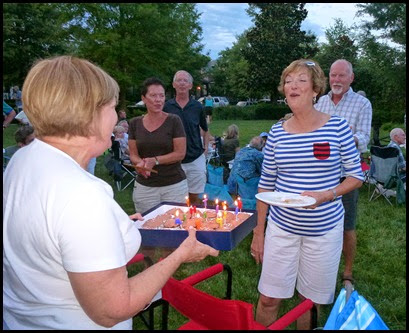 It was a beautiful evening, with perfect weather, food, music and friends!!

We all were up before 6am on Saturday!!!


We just didn’t want to waste a minute of the time we had to spend together;o))


By 8am, Shelley and I were headed out to begin our treasure hunt. 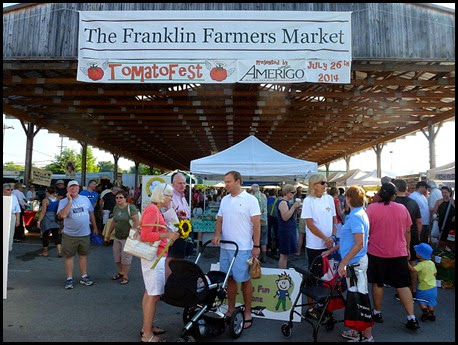 Bill and Bill were getting ready to hit the links!! 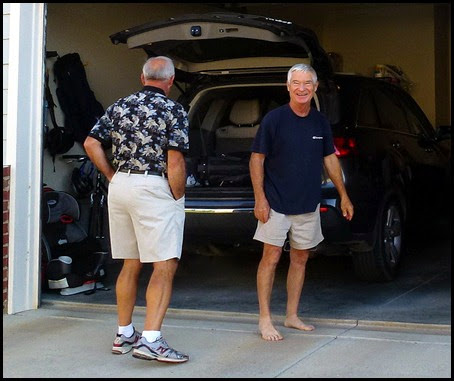 We all had a wonderful day and our visit ended at a nice restaurant called Bricks Cafe.


After hugs and promises to see them again before 7 years passes,


we headed home but not without some very special memories.


One of those is an original  “W. Brown”  painting


which looks perfect in our Gallery!! 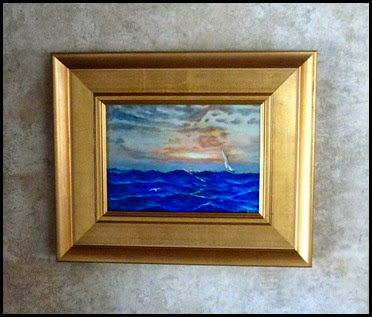 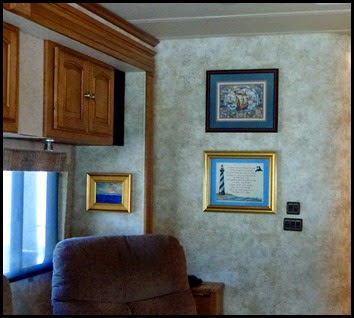 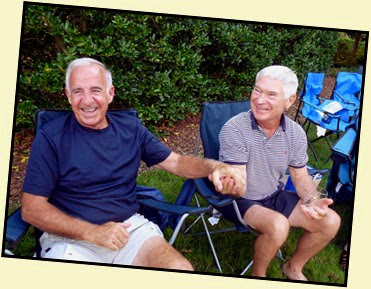 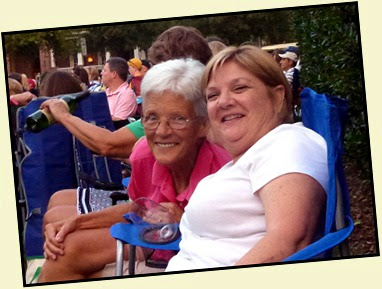