This morning, we were suppose to head to Midway Campground about 200 miles south. The main reason we wanted to go Midway was to ride bikes at Shark Valley and hike a couple birding trails.

Well, we woke to the cold and rain that was predicted here until Friday. However, when we checked the weather at Midway, it was raining there and not suppose to clear up there until Saturday. It just didn’t make sense to drive 200 miles to sit in the rain. We can do that here, have internet connection, save the diesel money and be closer to our next reservation on Sunday ;0) 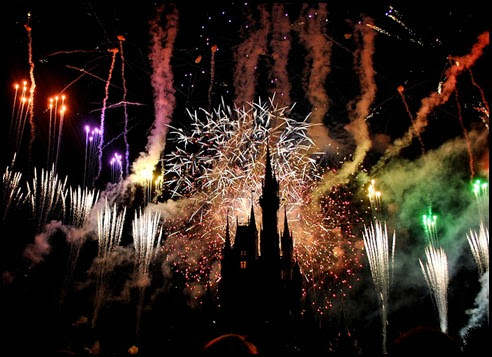 One of the really nice thing about E. G. Simmons is they don’t take reservations.  So once you get a site, you can extend your time for up to 14 days.  After that, if they still have open sites, you can extend for an additional 14 days.  If you pay for 28 days when you first arrive, you are guaranteed and additional 28 days at a time up to 128 days.  So you could spend 4 months if you wanted to!!!  We only wanted four additional days which was not a problem.

It was too cold and damp to do much outside, so we decided to use our newly purchased Florida State Park Pass and go check out some State Parks in the area.  There are three parks fairly close to E. G. Simmons:  Alafia River SP, Little Manatee River SP & Lake Manatee SP. 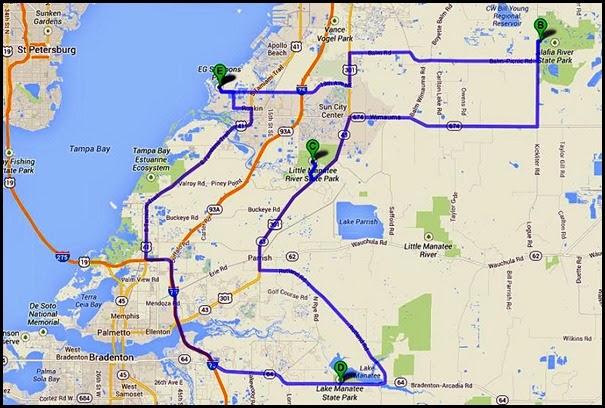 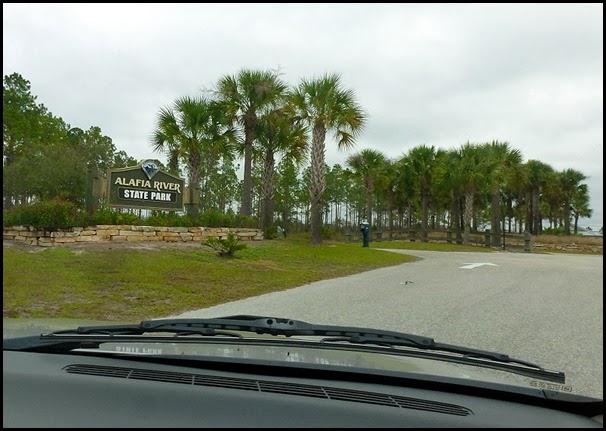 
We entered at the Ranger Station entrance. 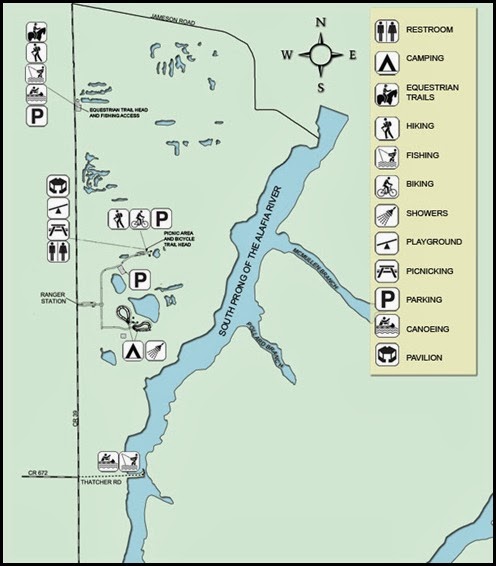 After talking with the wonderful park ranger, we turned to the right to see the Campground.


The campground has 2 loops, one with 12 sites the other with 18 sites.


The sites are large, well spaced, paved with water and 50amp electric hookups!!


The bath house with showers is located between the two loops. 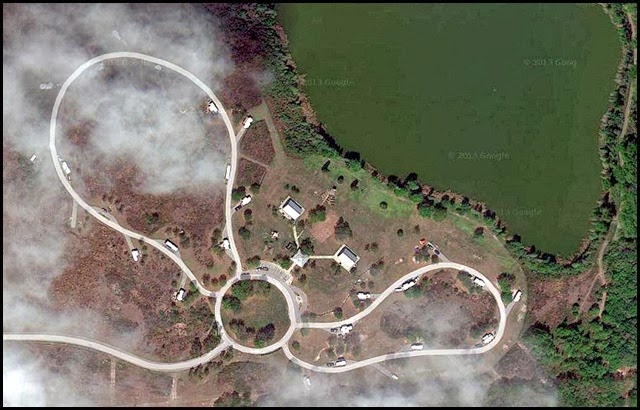 There are back-in and pull-thru sites. 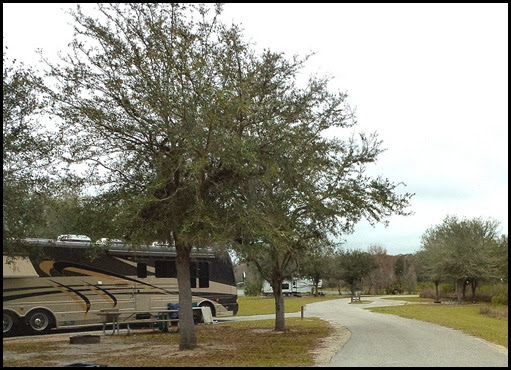 Our favorite site is Site 4, the only site with a view of the pond:o)) 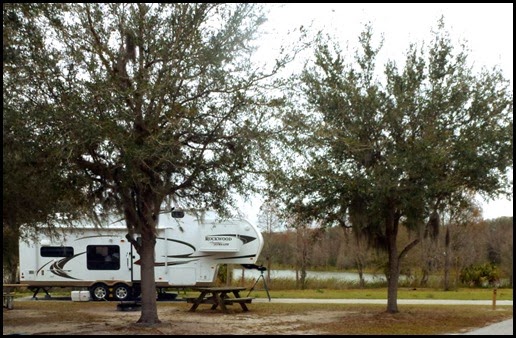 From the campground, we drove down to the Picnic and Bicycle Trail Head area. 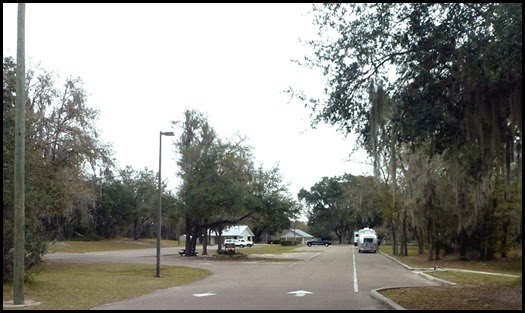 It is very well maintained with excellent maps and trail head markers.


Alafia River State Park will definitely go on our campgrounds to visit list!!

Our next stop was little Manatee River State Park (C). 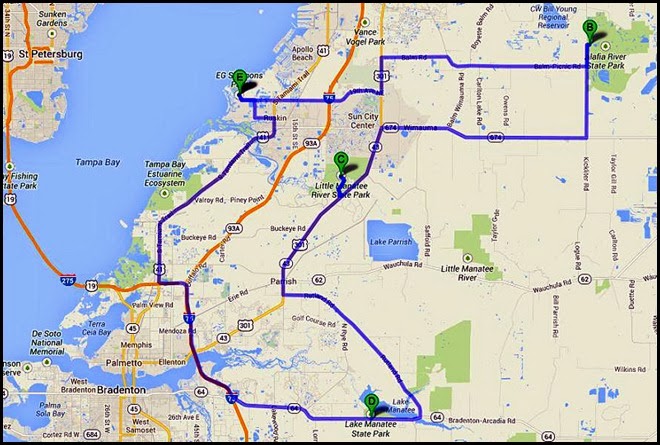 We headed south and then east along route 674.


At the intersection of Rt 674and 301 at Sun City Center,
we stopped at Super Wal-Mart to pick up a few things.

Turning south on Rt 301,
we had a short drive to Little Manatee River State Park.

After receiving a park map from a less than enthusiastic Volunteer,


we headed down the park road to the Canoe Launch. 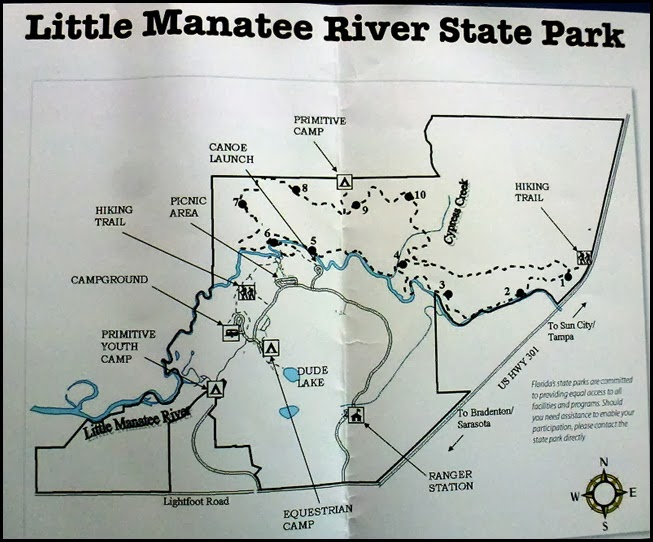 The Canoe Launch was a beautiful area. 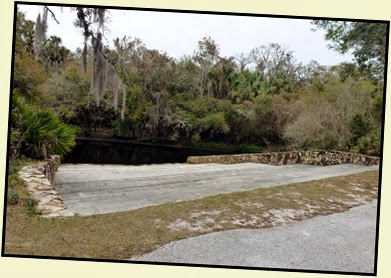 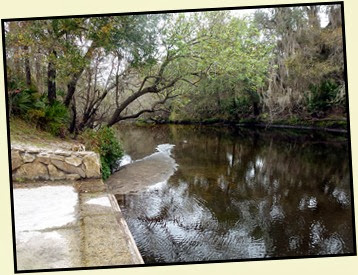 Next stop… The Campground 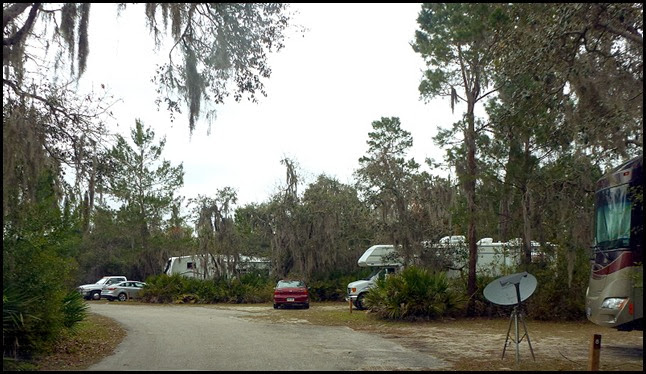 There are 34 sandy sites with water and 50amp electric. However, the sites are small and much closer together. In our opinion, the campground was less than impressive.  A better option for us would be to camp at Alafia River SP, then just drive to Little Manatee SP if we wanted to kayak the river :o))


The next park on our map, Manatee Springs State Park, will have to wait for another day to visit.  It was already nearly 4pm and we decided to head back to the motorhome. 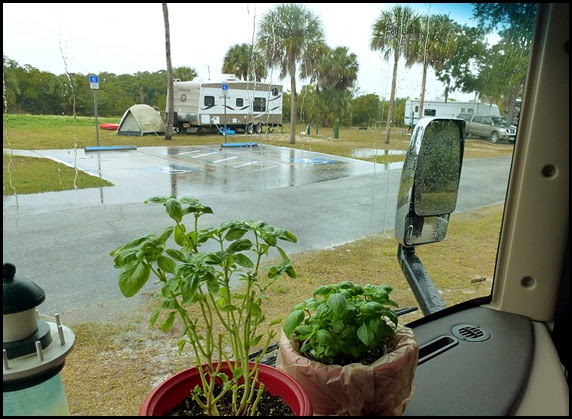 We did get a short break in the rain in the afternoon and went for a walk.  While we were walking, we got a call from Linda Payne who was looking for a place to hang out while Howard and the guys were installing a new satellite dish on their rig.  The 3 of us went back to our motorhome and managed to kill the rest of the afternoon laughing and reminiscing about past RV-Dream Rallies and discussing future plans!! 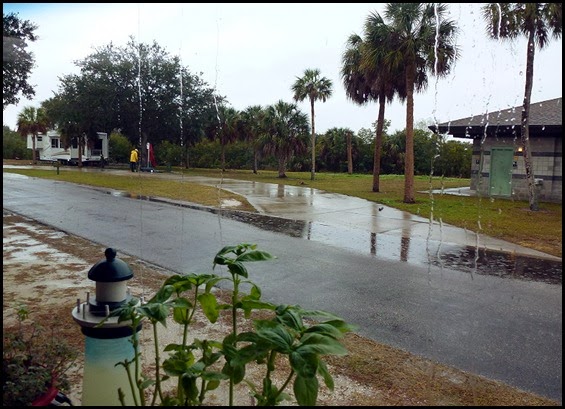 We did have some entertainment though ;o))


This cute kitty thought he could catch a squirrel??? 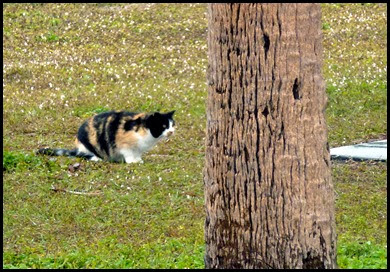 He would stalk the squirrel on the right, creeping closer and closer! 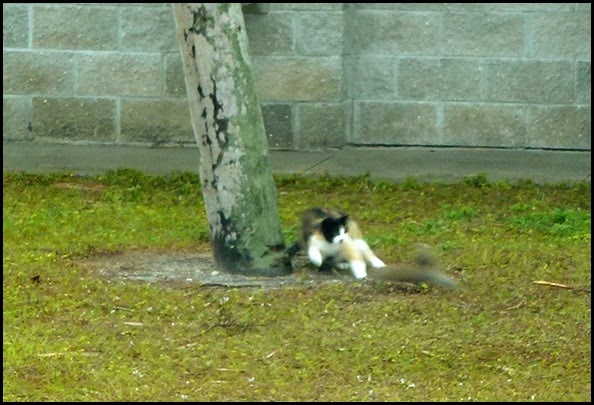 Close… but the Squirrel always got away !!!

Weather report says tomorrow is suppose to clear and get warm.