Yesterday we scoped it out…

Today we are going to paddle Coot Bay Pond to Coot Bay. 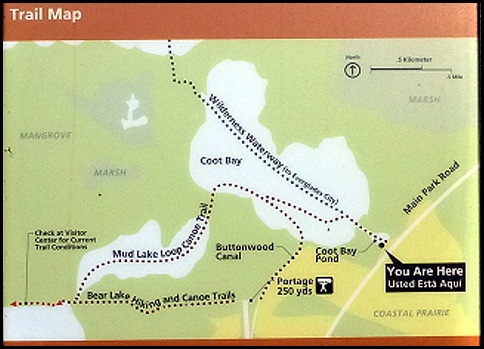 We headed out early after a night of heavy rain.


I blew up the Sea Eagle on the parking area where it was dry!! 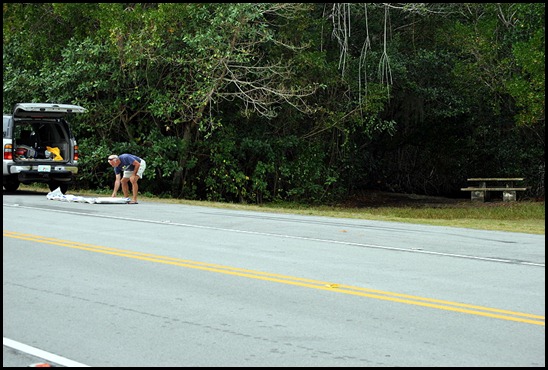 Nancy walked over to see the launch area and found this drenched Red-shouldered Hawk:-(( 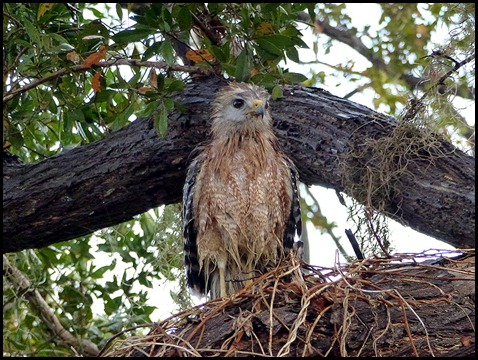 It didn’t take long before we were launched on Coot Bay Pond!! 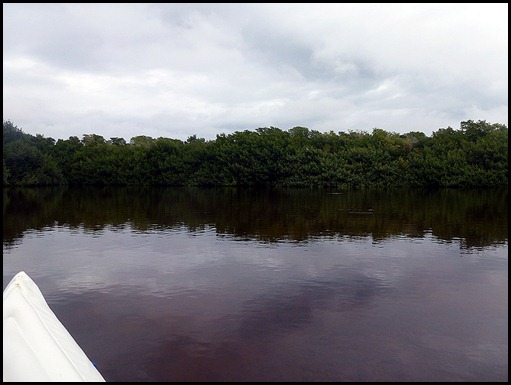 
You can tell how shallow it is when you see the Great Blue Heron wading across;o)) 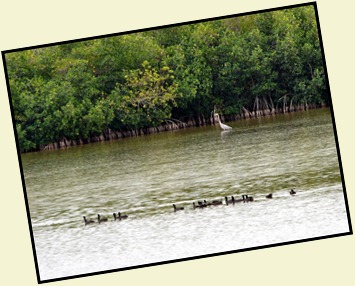 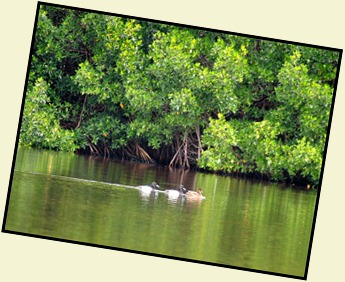 However,  what we were looking for was a small opening in the Mangroves!!

There it is….the small opening to the trail to Coot Bay :o)) 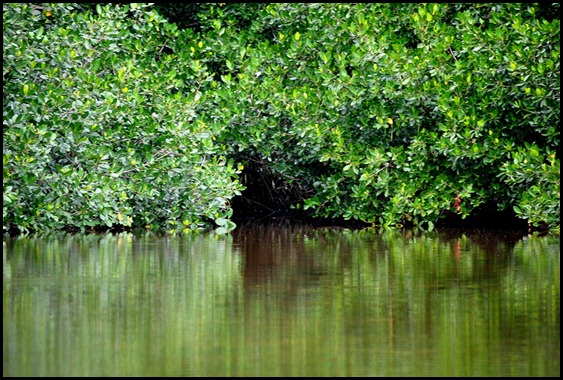 We had to really duck to get through the opening.


Once inside, the trail was spectacular!!! 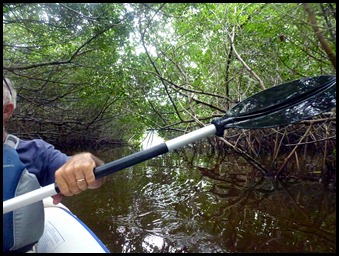 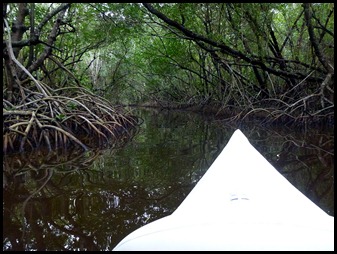 It is a beautiful, narrow tunnel through the Mangroves to Coot Bay Lake. 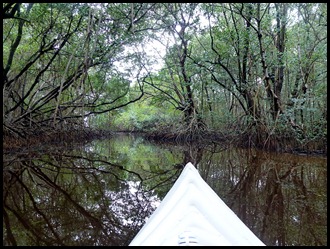 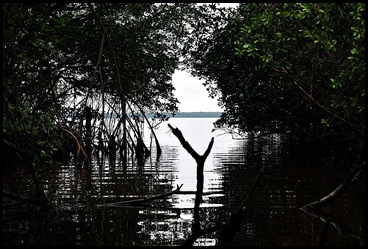 As we came out of the tunnel into Coot Bay ,


we saw hundreds of Coots on this huge lake. 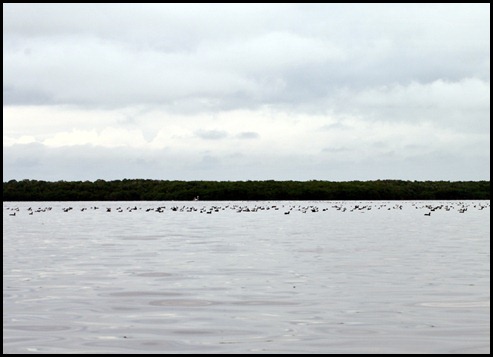 Trying to get close enough for a photo is a challenge;o( 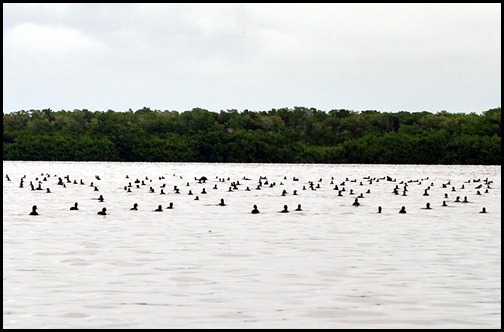 However, one paddled closer and off they go;o(( 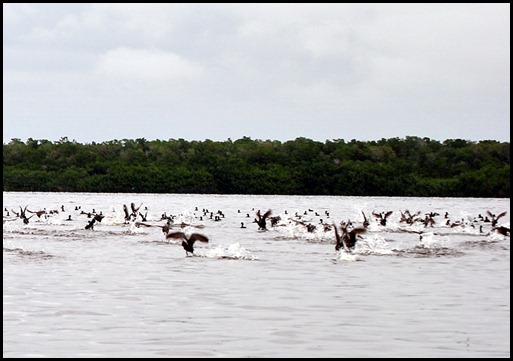 It actually is quite entertaining to see them take flight.


First, they get up to speed by running across the water!!


Try as we might, we could never get close enough for a decent photo:-(


We had the same problem with the Lesser Scaup Ducks.


We tried to get close enough to photograph their blue beaks.


That wasn’t going to happen either:-( 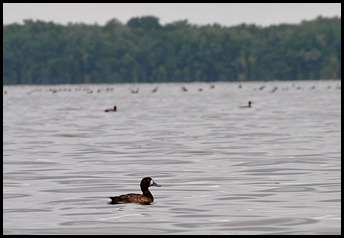 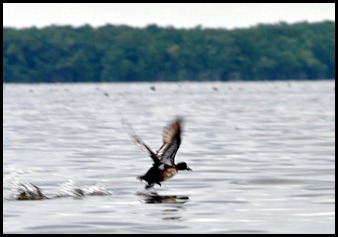 
We, or I should say I,
paddled close to the shoreline,
searching the Mangroves for wildlife. ;o) 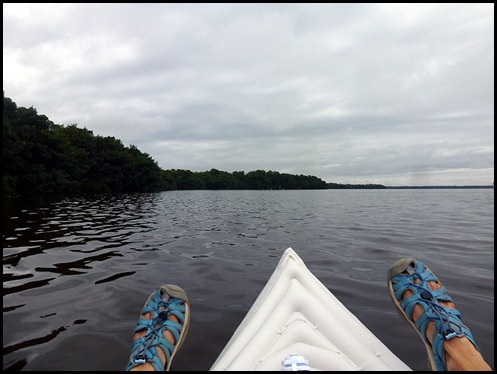 When we reached the point where Buttonwood Canal meets Coot Bay Lake,
we turned around. While Coot Bay is a beautiful lake,


we both prefer smaller, narrower bodies of water when we kayak. 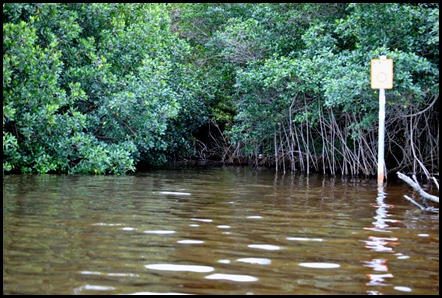 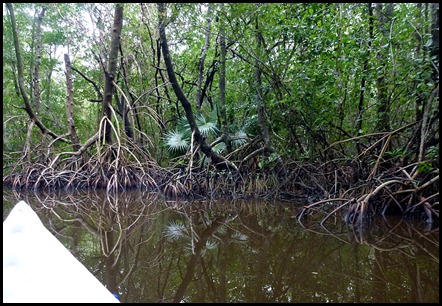 Coot Bay Pond is so beautiful and serene.


Great place to just float around and enjoy nature!! 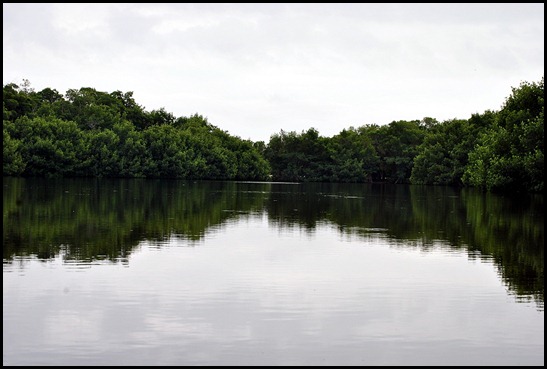 Before long, we had floated almost to the take out point. 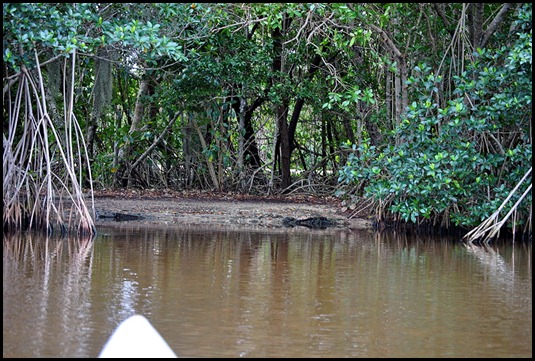 As we carried the kayak to the car,


we were greeted by this adorable Black Vulture;o(( 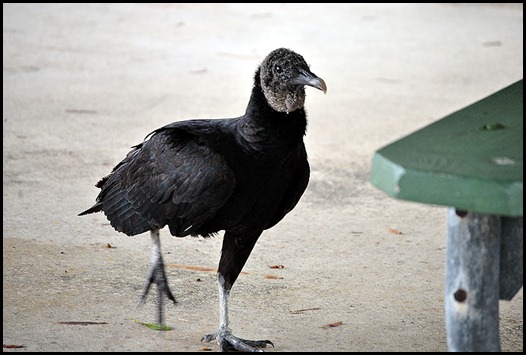 This was a very nice, easy paddle that I would recommend to anyone!!!