We are still at Lazydays and have finally made some progress.  We last reported on Tuesday, January 14th that we were in the service bay and our maintenance work had begun.  Baby sat in the service bay on Wednesday and Thursday and nothing was done since our service technician had be assigned to work the Supershow at the Fair Grounds;o((


On Friday, our technician began the search for the battery problem.  It seemed nothing made sense.  Mid-morning Bill got a call to come to the bay.  The service tech believes he has found the problem.  Apparently, our coach has the WRONG batteries.  The standard 34Y Journey comes with two 12 volt wet cell batteries and a 1000 watt inverter.  We upgraded to three 12 volt AGM Maintenance Free Batteries (actually wanted 4 but the 4th wouldn’t fit) and a 2000 watt inverter.  We got the correct inverter, but our batteries were not AGM.  Apparently, our coach was set to charge AGM batteries, but was charging wet cell batteries at the AGM rate.  That burnt the wet cell batteries out at about 5-6 months.


Of course the service techs did not know we had order AGM batteries and so they are instructed to replace the batteries in the coach with the same batteries.  Each time the cause of the burnt out batteries got more puzzling.  It was just a fluke that our tech found it this time.  Bill just happened to say something like, “Man we got the AGM batteries so we wouldn’t have to mess with them and that is all we have done since we got the coach!”


Now that we know the problem, it seems like a simple fix!! Put 3 AGM batteries in and we will be on our way!! Not so fast… first they have to verify the order. Then they have to determine if Winnebago built it to spec or if the coach was alter after delivery.  Then we have to decide who is going to be billed for the batteries.  So out of the work bay we came.  Of course, it is now the weekend… a holiday weekend to boot… and nothing gets done during that time.  So we just wait and wait and wait:o((


Finally, yesterday (Wednesday, the 22nd) we decided to move up the food change and rattle a couple cages.  Eventually, Lazydays decided to put the batteries in and figure out the blame latter.  However, the bays were full and we did not get in until late today.


The good news is the batteries are installed, the bad news is these are the WRONG AGM batteries and they don’t have the right ones in stock.  So it will be until tomorrow before they can get them.  But at least we are in the service bay and believe we have found the problem.  We still have a couple other small warranty items yet to be done also.

We are hoping to get released early next week and plan to attend the RV-Dreams Boondocking Rally from Feb 9-16.  It is taking place about an hour south of Lazydays.  So we will have an opportunity to give the batteries a good test and not have to wait 5-6 months to see if indeed we have corrected the problem.  If things still aren’t right, I believe we will head to the Winnebago Factory this summer!!
While we have been waiting, we took a couple road trips.  First trip was on Sunday to E. G. Simmons County Park to visit Sherry and David.  It is only 30 minutes from Lazydays and we will probably go there once we get released from Lazydays.

Sherry and David had a great site on a canal that flows to Tampa Bay!! 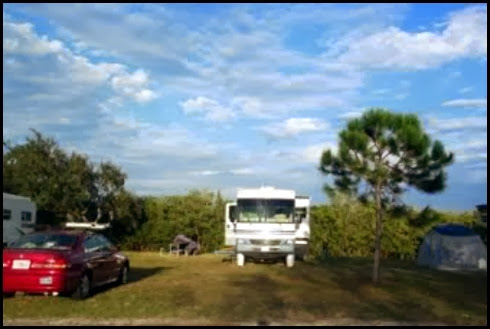 We visited for a while and then hopped on bikes for a tour of the park!! 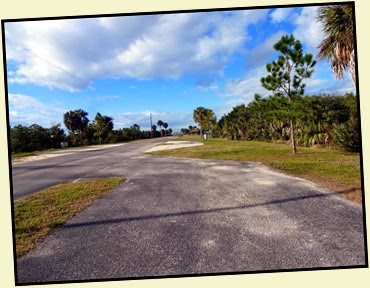 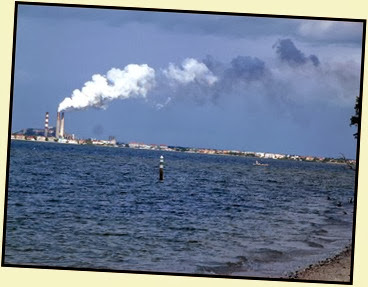 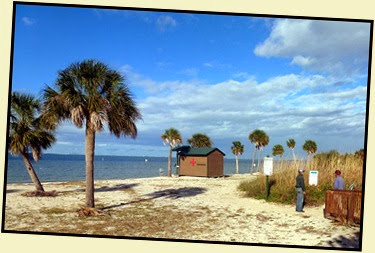 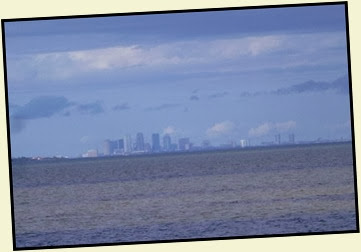 It was cold and Sherry managed to wear her bike helmet over the hood of her sweatshirt. 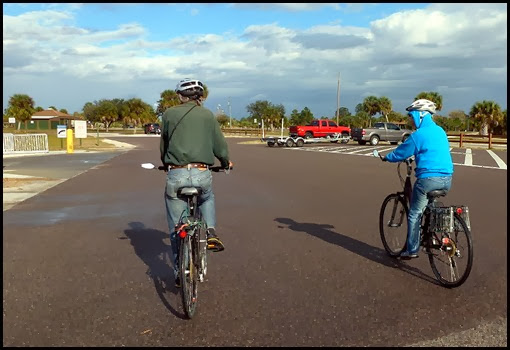 Her attire definitely made me think of  Smurfs ;o))
We really appreciated the tour and did manage to see some wildlife!! 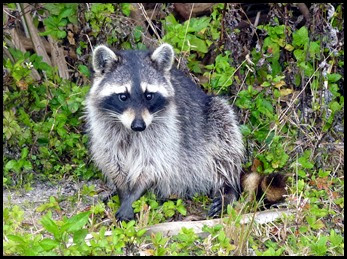 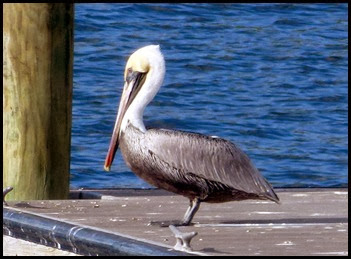 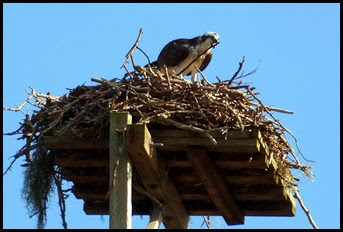 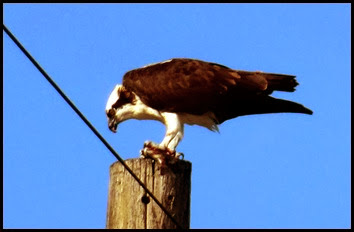 It was so nice to get back to nature that I told Bill we needed to do that again.
Tuesday afternoon we headed to Lettuce Lake Park.
It is only about 15 minutes north of Lazydays.
It is a nice oasis in the city with a nature center and a boardwalk. 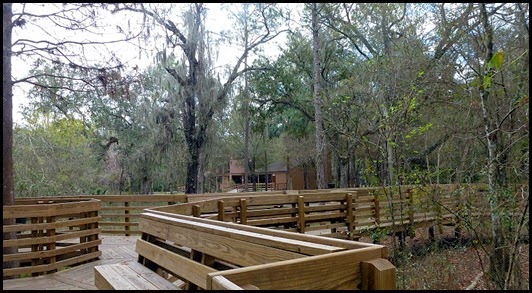 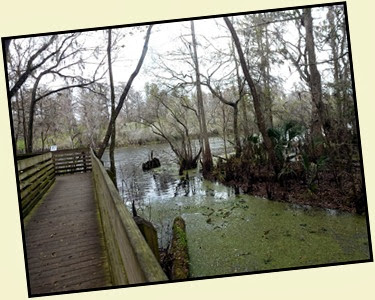 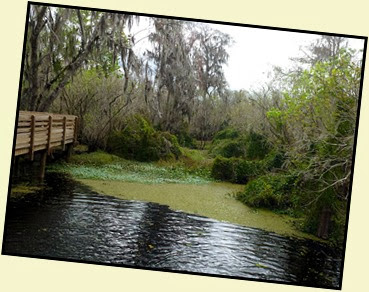 The boardwalk runs along the Hillsborough River. 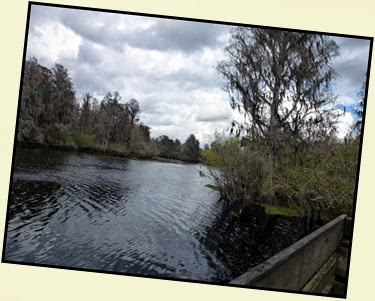 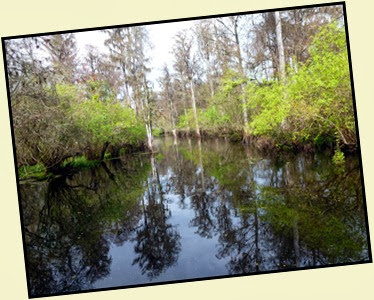 The weather was quite cool but we did manage to see a few birds, a turtle and a water snake. 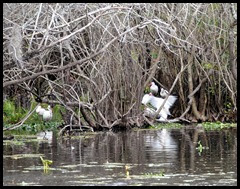 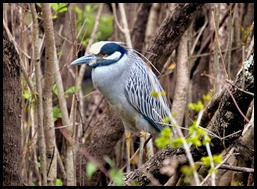 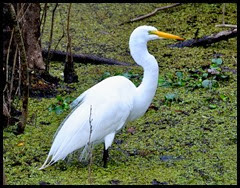 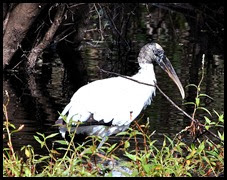 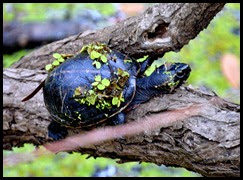 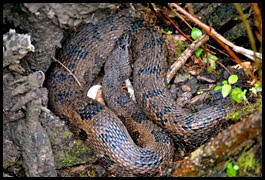 We will both be glad when Baby is fixed so we can spend more time doing the things we enjoy:o))
at 8:45 PM